South Indian Festivals of India are a prime symbol of purity, prosperity, vibrancy, and religious interests of people. These states include Andhra Pradesh, Karnataka, Kerala, Tamil Nadu and Telangana. South Indian people consider many things as auspicious, but jaggery, flowers, rangoli are some favourites of this area. Round the year, these lovely people are involved in many activities. Below are just a handful of South Indian festivals that are a part of our nation’s rich diversity. So, the next time you plan to visit the wonders of the south, make sure to witness the brilliance of these South Indian festivals. We hope this list helps you in filling all your travel juices with varying excitement –

During the intense months when India is burning up with summer heat, Yercaud is a hill station in the Salem District of Tamil Nadu that decks up beautifully. Yercaud Summer Festival is one of the most well-known events which attracts tourists from all of the country. Horticulture Department arranges for mesmerising views of more than one lakh flowers. For instance, Classical South Indian Music, Folk dance performances, various competitions like rangoli, horse-riding etc., constantly keeps the lively festival alive for five days.

When – May
Where – Yercaud Situated at a distance of 265 km from Bangalore, this hill station lies in the lap of Nilgiris. Ooty Summer Festival showcases different kinds of shows, welcomes you in the unique musical way, cultural exhibitions and adventure activities. Not to miss, if you are a flower lover, this place will hold your heart by surprise. This is held in the Botanical Gardens premises in Ooty, and you can visit nearby areas to complete your trip with the breathtaking natural beauty of Coonor or enjoy a steam train ride. Additionally, the train ride crosses pine forests, medicinal eucalyptus trees, and tunnels. 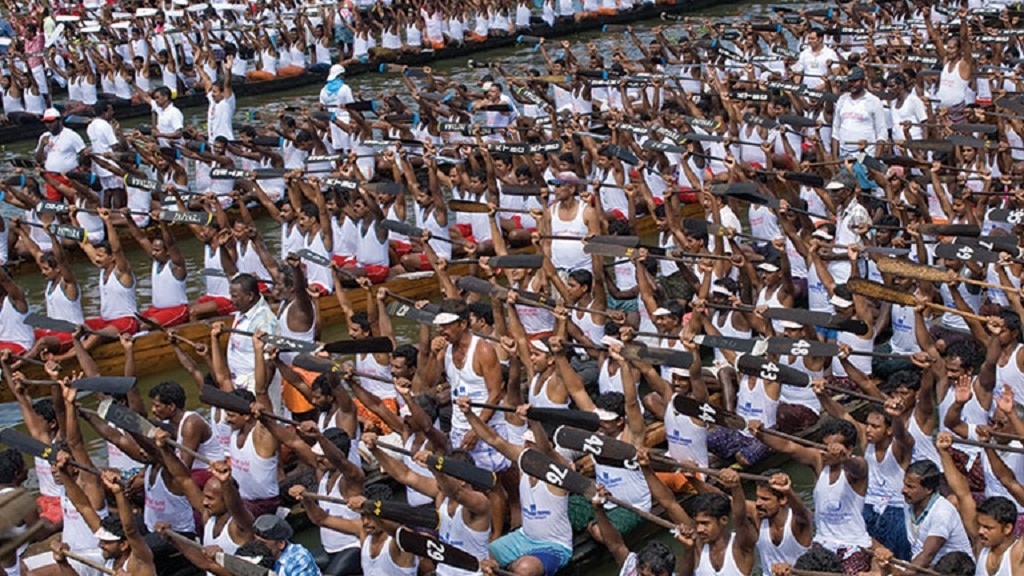 Champakulam Snake Boat Race or Champakulam Moolam Vallam Kali is held at Champakulam every year, on Moolam day in the Malayalam month of Mithunam. The ceremony starts from Karinkulam temple by venerating the holy lamp, and then the Champakulam Snake Boat Race commences. Named after the peaceful village of Chapakulam, which is majorly an agricultural community, the race happens on River Pampa. The boats are potentially long, and multiple people come to participate and witness the winning team.

When – June every year.
Where – Champakulam, Kerala Kottiyoor Utsavam is a 28-day festival set amidst the dense forest and in front of the roaring river Baveli and is held in God’s own Country, Kerala. Two temples host it – Akkara Kottiyoor and Ikkara Kottiyoor, where swayambhoo lingam (self-created idol of Lord Shiva), which is kept at a platform made of river stones called manithara, is worshipped. Kottiyoor Utsavam is considered the most beautifully beloved festival of North Kerala.

When – May-June
Where – Kottiyoor temple Another highlight festival from Kerala, Onam, the Festival of Rain flowers, is celebrated as a harvest and secular festival for 10-days. It is material because people with different backgrounds, religions, castes come to celebrate it with great enthusiasm. Tales say that mythical king Mahabali comes every year to look after his people.  Moreover, the first and the tenth day, Atham and Thiruonam, respectively, are the most important days.

When – August/September
Where – Kerala Dussehra, the significant festival for the victory of good over evil, is famous in South India. The grand rendezvous of Mysore Dusshera ends for about ten days. The Mysore Palace is illuminated with approximately 100,000 bulbs. Elephants and many other animals from nearby towns and cities are carried to this place for the grand procession.  The festival’s origin dated back to the 15th century and was initiated by the Vijayanagar kingdom’s kings. Most importantly, the festival celebrates Goddess Chamundeshwari, who killed the demon Mahishasura on Vijay Dashmi, the tenth day of Dasara.

When – September/October every year
Where – Mysore Hampi Utsav or Vijay Utsav is the largest festival of Hampi celebrated over three days. The festival’s start dates back to the Vijayanagara people, who were sound celebrators of joy and life. The festival is known for its liveliness, colours and happiness. Therefore, during the three days, each corner of Hampi reverberates with the enthusiasm of drums and pipes playing men posted under Gopuras and dressed in military outfits of the golden era.

When – First week of November
Where – Hampi

Thrissur is known as the “Cultural Capital of Kerala” for its cultural, spiritual and religious significance. The pooram is the most famous and largest pooram of Kerala and is known for its fireworks. It is held in the Vadakkunnathan Temple in Thrissur every year on the Pooram day—the day when the moon rises with the Pooram star in the Malayalam Calendar month of Medam. The festival happens between two groups representing the geographic divisions of Paramekkavu and Thiruvambadi. They compete in their respective presentations of elephants and traditional outlook.

When – April
Where – Vadakkunnathan Temple, Thrissur Mahamanam festival is celebrated only once in 12 years when Jupiter enters Leo’s sign. It signifies the spirituality and tolerance in the country known for its diversity. During this festival, it is considered auspicious to take a dip in the holy Mahamanam tank. People and devotees flock in the religious town to take a dip. Additionally, it is said that during the same time, deities around the Kumbakonam town come to take a holy dip, hence marking a sign of purification.

When – February/March
Where – Kumbakonam town of Tamil Nadu Karaga is one of Karnataka’s oldest festivals and is one of the prime festivals of the Thigala Community. It is celebrated in remembrance of the divine power of Draupadi, the bold and auspicious character of Mahabharata, who saved the Pandavas from the bloody battle of Kurukshetra. During the nine days, splendid undertakings of rituals and processions, Karnataka’s rich culture is demonstrated.

When – March/April
Where – Dharmarayaswamy temple in Bangalore

Moreover, Plan the Unplanned organises multiple trips round the year across the country. Have a look at the list and choose your favourite. Also, write in comments if you have attended these South Indian festivals, it would help future travellers to plan their journeys!

Holi Celebration from Bangalore – Get ready for a memorable Holi
March 4, 2020Plan The Unplanned Gokarna Is a Tourist Destination and an Abode for Your Mind, Body, and Soul!
May 17, 2021Supriya Sahu
A Bali Tour you will never forget
Register
Ultimate Bali Backpacking
Learn more