Western Indian Festivals celebrate the richness of heritage and culture of the western states of India, which include – Goa, Gujarat, Maharashtra, Rajasthan. Bound from the Arabian Sea, Thar Deserts, Vindhya Range – Western India is authentic in all its practices.

It takes great pride in folk dance, clothing, art forms, and most importantly showing off great skills. Check out this list of Western Indian Festivals and explore the richness of these states – Rajasthan’s name reminds us of the deserts and camels, which is indeed true. Along with this, the land is undoubtedly a great mix of vibrant culture, colorfulness, and energetic people. The summer festival is celebrated in Mount Abu every year. Mount Abu is the only hill station in Rajasthan and is very beautiful as well.

The place is a perfect place to showcase the wonders of Rajasthan. People celebrate Mount Abu Summer Festival for a short span of two days during Buddha Purnima, but it attracts people from all around the world.

When – May/June
Where – Mount Abu, Rajasthan

Highlights of the Festival– Also known as Kutch Festival or Kutch Utsav, the festival manifests the district’s colors, lifestyle, and panoramic views. Set amidst the vastly open White Sand Desert, Rann Utsav invites people to witness and live in the artificial tent city and experience the most ecological and ethnically diverse district of Gujarat. Various programs are held like dance, music, Camel Cart Excursion, Paramotoring, Yoga, etc. It is a great family destination. Additionally, the tutelage of the ocean from one side is an excellent spot for your musing.

When – In Winter every year
Where – Kutch, Gujarat Mewar Festival takes place in the lake city of Udaipur. With the arrival of the spring season, the city gets all decked up to celebrate and preserve the cultural heritage. This festival is a visual treat with Rajasthani music, dance, processions, and fireworks. As a part of the culture, all the women get together in traditional attires, to dress up the idols of Lord Shiva and Goddess Parvati.

After this, the procession takes place in different parts of the city. In the end, the idols are submerged in Lake Pichola after carrying them on unique boats to the middle of the lake.

When – March/April
Where – Mewar, Rajasthan Urs is held every year on the death anniversary of the Sufi Saint Khwaja Moinuddin Chisti. The festival is a significant festival in Rajasthan. People from all walks of life participate during the pure six days celebration to pay homage. The last day is considered the holiest. Alongside, a considerable fair constituting of religious objects, embroidered carpets, food samples, etc.

When – January
Where – Ajmer, Rajasthan Baneshwar Fair is a religious, tribal festival and holds great importance for Bhils. This is one of the Western Indian Festivals that is dedicated to Lord Shiva. The lingam of the lord is bathed with milk, applied saffron, and offered flour, pulses, ghee jaggery, etc. The fair is so grand that it is called the “Kumbh of the tribals”.

When – January/February
Where – Dungarpur, Rajasthan It is a festival of culture, costumes, and dance. Dang Darbar is a 3-day festival that coincides with Holi. Multiple tribal people from the neighboring districts participate in traditional outfits. It is celebrated to commemorate the darbar custom.

When – March/April
Where – Dang, Gujarat Navroz or the Parsi new year means Nav meaning “New” and Roz meaning “Day”. Legends have it that on this day, king Jamshed saved the world from the apocalypse. The world was to be destroyed by the winter, which was to come soon. The king then used a throne to travel to the heavens on the shoulders of demons and shone brighter than the sun. This is the day that marks peace and prosperity for everyone. People celebrate it with great pride and cook sumptuous meals.

When – August every year
Where – Maharastra and Gujarat

Ganesh Chaturthi is a name not new to anyone. During this eleven-day extravaganza, Maharashtra is bathing in a pompous celebration of the birth of Hindu god Lord Ganesha, who is the patron deity of the state. Idol is brought home and worshipped for ten days, followed by immersion on the last day. Localities carry out a huge procession of the god to the sea/river and immerse the idol in water shouting – Ganapati Bappa Morya, pudhchya warshi Lawakar ya, meaning “Oh Ganesha we pray to you and request you to come again next year with lots of blessings and love”.

When – August/September
Where – Maharastra Goa Carnival is a pre-Lenten Carnival that is celebrated with great vigor, excitement, and thrill for three days prior to Lent Festival. It is the only carnival celebrated in India. It is a true showcase of Goan culture and Portuguese heritage. The history of the Goa carnival is almost 500 years old when Goa was a Portuguese colony. It’s a catholic celebration, but it attracts thousands of people from all around the world.

When – February/March
Where – Goa 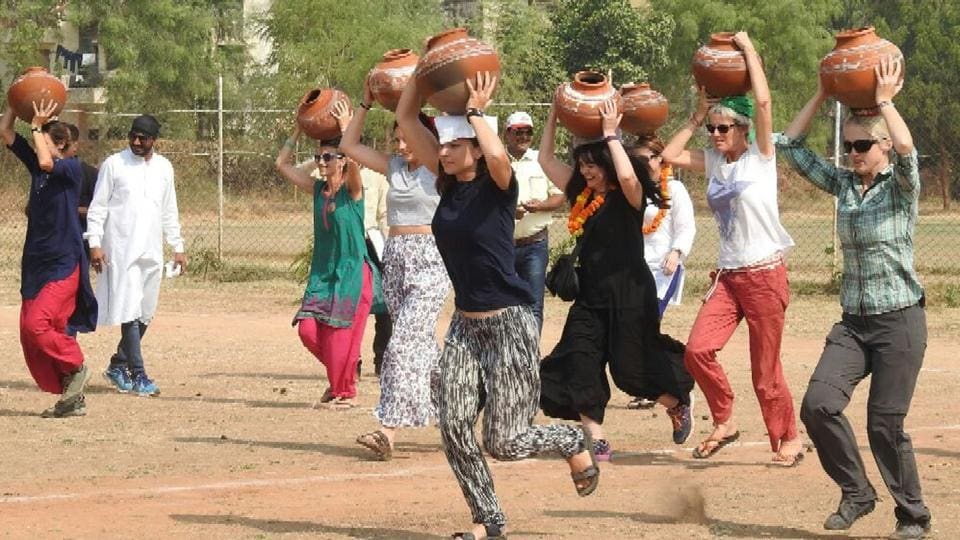 Bundi Festival is a three-day celebration of the cultural and historical richness of Bundi, a town of Rajasthan. It is a spectacular town known for its stunning architecture, beautiful temples, and carefully designed step wells. Bundi is also known as “Chhoti Kashi” among Indians as it looks like Varanasi of Uttar Pradesh with a combination of forts.

When – November/December
Where – Bundi, Rajasthan

In conclusion, there are multiple Western Indian Festivals that happen and glorify India all around the year. Plan the Unplanned takes deep pride in organizing multiple trips. Have a look at the list and choose your favorite. Do You Dare to Travel Alone?
December 5, 2016Sanaa Mehra