“Aloo and Bhalu”, “Banaras and Hathras”, “Ahmedabad and Aurangabad”, “Bengaluru and Mangaluru”, and our favourite, “Kedarnath and Kedarkantha”—all of these have one thing in common: similarity in pronunciation. That’s why, when we receive calls from people asking more about the ‘Kedarnath trek’ itinerary that they claim they have seen on the website, we are pretty sure they are talking about Kedarkantha. It tickles, and every time a smile silently lurks on our faces. Well, Kedarnath is not kedarkantha! This article is all about the differences between the two places.

Beliefs, myths and mystical stories are part of Indian culture. Parents guide their children with various godly stories. They take pride in moralising us to follow the same path as gods, who fought to protect the truth. Wondrously, no one has seen these gods, but their reference from books and tales is good enough to usurp their stand.

Analogous to Uttarakhand’s other regions, Kedarnath is also stitched with countless stories from Dwapar and Treta Yuga.

Firstly, know this—Kedarkantha is a mountain peak in the Himalayas, and Kedarnath is a town. Apart from this, here are all the other differences:

Kedarnath, the most dramatic among its sister dhams, is hushed amidst the snow-clad mountains of the Gharwal region of Uttarakhand. It is revered by Lord Shiva’s devotees who trek 16 km to visit this one among Chota Char Dham pilgrimage sites, others being—Badrinath, Yamunotri, Gangotri. The spiritual aura and divine mysticism call worshippers of Shiva during the open season. Devotees throng the place to see the ‘hump’.

This place has been created and destroyed multiple times, much like Shiva’s nature. Forest fires, floods, landslides, and the most recent cloud burst of 2013 nearly destroyed the place, but it came back to life every time.

Why must one go on the Kedarkantha trek?

While one is about to arrive at Kedarkantha Base, the fascinating views of an arc-shaped range of mountains comprising Bandarpoonch, Swargarohini, Kala Nag, and Ranglana are visible. With an altitude of 6,387 m, Black Peak is the highest peak in the Garhwal Himalayas.

I hope you got a basic glimpse of the differences between Kedarnath and Kedarkantha. Kedarkantha is not Kedarnath. Have you also come across such confusion in the past? What did you do? Tell us in the comments. How To Protect Yourself From Sunburn at High Altitudes?
December 8, 2021Supriya Sahu 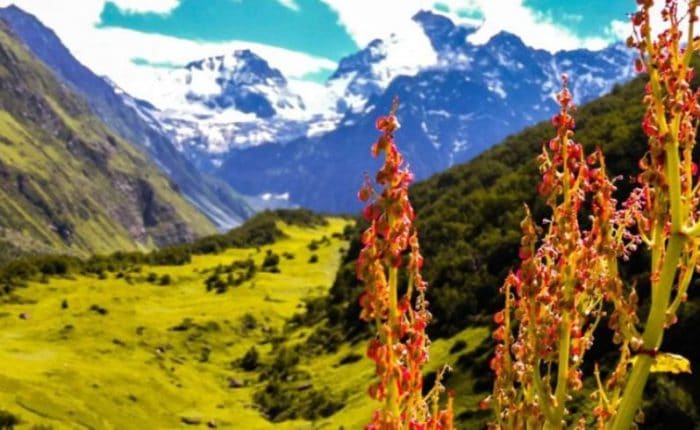