When you book with an account, you will be able to track your payment status, track the confirmation and you can also rate the tour after you finished the tour.
Sign Up
7346
DetailPhotosThings to CarryItineraryReviews

May the world is conspiring for you to visit the abode of Lord Shiva, mini Israel, and as we like to call it – the heaven! On Kasol Kheerganga Trek, you get the double benefit of exploring two villages pervaded with religious and nature’s bliss. It is an easy trek with a steep but manageable climb. Kasol and Kheerganga lie at the height of 1580 m and 2956 m, respectively. Amidst the astounding Parvati Valley in the Kullu district of Himachal Pradesh, Kheerganga is a trekker’s dream. The trek base is Kasol, a quaint village lying at a distance of 500 km from Delhi.

Infamous for its Marijuana cultivation, Kheerganga is the last village in the Parvati Valley while going to Pin Parvati Pass. Parvati river, turgid waterfalls, picturesque mountains, iconic temples, and lined up Deodar and Oak trees make up for an invigorating view. To top it all, you will be rewarded with a contrasting hot spring in the middle of freezing temperature when you reach the end of the trek.

Kasol, on the other hand, is a favorite destination among the hippies and off-late became a halting point for Israelis. There are plenty of Israeli cafes that serve appetizing Falafels, Borek, Chicken Laffa, and legendary Onion Fries with Hummus. Along with the food, the traditional houses and stories from different street corners will melt your heart and make you their own.

Trust us; this trek will uplift your spirits and lighten up your mood. The place is studded with Hindu and Sikh mythological stories. We will be grateful to narrate these to you. Come with us to Kheerganga on our next planned date. Here is a brief itinerary of the Kasol-Kheerganga Trek with Plan The Unplanned: Day 0: Drive from Delhi to Kasol

We will start our journey to Kasol from Delhi. Trek Leaders will give a brief of the whole trip. It’s an overnight journey. We will leave Delhi at 7:00 pm and will reach Kasol in the morning.

The aura of the place itself will leave you in a trance. There are countless things to do and explore around Kasol: Chalal is perched at a 30-minute walking distance from Kasol; Manikaran Sahib Gurudwara is on the way from Kasol to the starting point of the trek; Parvati River glides on the surface like butter. Besides that, Kasol is not farther away from other villages like Tosh, Manali, Kullu, Malana, Naggar, Pulga, etc.

The evenings are colder, and so we will return to our homestay by sunset. After some time, we will rest for the night and gear up for the trek that follows the next day.

This day is going to start with an imposing equanimity which calls you on the Kheerganga trek. Kheerganga, the name itself is milky, is a wonder that is set amidst mountains and offers overarching views, with the brimming mountain lifestyle.

We will start our journey into the woods from Bharsaini. As you will walk over the crunchy dried leaves into the wild, watching the plants in full bloom and wildlife busy, you will forget about your worries and start appreciating the beauty of life itself. The trail crosses through multiple waterfalls and dense forests. The trek can be completed in a duration of 4 to 5 hours, depending on our pace. The therapeutic hot spring set in the middle is most looked upon after completing a long trek. The pool is divided into 2 sections: one for men and the other for women.

Later after drying up, drench yourselves in the meditative Kartikeya Caves. We will set ourselves there for a beautiful sunset. We will stay in our tents and enjoy the night falling on the mountains with light conversations and healthy dinner.

Waking up in the mountains, in the safe company of budding friendships, and after a soulful breakfast, we will go hiking. After we are done exploring, we will start our descent downhill. Later after reaching Kasol, we will start our journey back to Delhi.

We endeavor to provide you with the best experiences, and we honestly hope that you will fall in love with us. No trek, no amount of adventure is more challenging than bidding goodbye. Your smile makes our day, and it is for these ordeals, we conduct multiple trips and treks in and out of India. Check out our other itineraries and call us soon. We will wait for your message. Till then, take care and rejoice.

The interesting thing about travelling alone is that you get to meet new people from diverse backgrounds, and towards the end, you are no longer strangers. Hence, solo travellers are always welcome to join us on our trips. Additionally, read more about solo travelling here and get inspired! https://www.plantheunplanned.com/solo-yet-accompanied/

Safety and security is our priority at all times. Hence, it is absolutely safe for women/girls to join us on our treks and travels. Our trek leaders accompany the team at all times, and our campsites are secured and safe for accommodation. Additionally, we also have female trek leaders who accompany us on most of our treks.

Usually, we take a maximum of 15-18 people in one group. We believe bigger groups have less fun and less coordination so that’s why we prefer smaller groups.

Is it safe to do Kasol Kheerganga Trek?

Yes, it is safe to do the Kasol Kheerganga trek. It is the most picturesque trek in the Himalayas. The trek is moderate in difficulty, and the trail is well-marked from the beginning to the end.

What is the best time to go to Kasol?

Spring or summer is the best season to spend time in Kasol. The best time to visit Jibhi is from April to November.

Is there snowfall in Kasol?

Snowfall occurs during the cold season. It starts to snow in mid-December and continues till February.

Is there ATM Availability during the Trek?

There are no ATMs after Kasol. Hence, you must carry enough cash.

What is the level of fitness required to do the Kasol Kheerganga Trek?

Note: For All The Above Refund Cases Transaction Fees/Internet Handling Charges will be deducted from the overall amount and the balance amount shall be refunded. You can transfer your ticket to anyone so that you could save your hard-earned money.

For other trips and travels with us, and detailed terms and conditions check the following link : https://www.plantheunplanned.com/refund-cancellation-policy 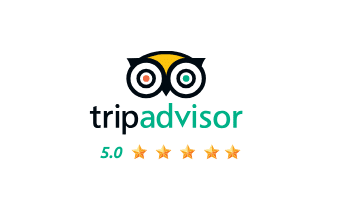