The Narasimha Parvatha Trek will take you 380 km from Bangalore, to Agumbe, a high altitude village in the Malnad region of Karnataka. It is often referred to as “The Cherrapunji of the South” because of its biodiversity and excessive rainfall. It is also home to many medicinal plants and the only Rainforest Research Station in India. Surrounded by the majestic mountains of the Western Ghats, covered in depths of lowland rainforests and touched by beautiful waterfalls and streams, Agumbe is the perfect place for a weekend escape
Start your journey through a trail of the forest to immerse yourself in the beauty of untouched greenery and the serenity of waterfalls, warm your hands over the campfire, and drink in the spectacular evening view from one of the highest peaks in the Western Ghats
Read on to know how you can spend quality parent-child time camping in the forest. The best way to get a kid outside is to go with them
“There is no Wi-Fi in the forest but we promise you will find a better connection.”

Narasimha Parvatha Trek can be divided into 3 parts:

The tallest peak in the Agumbe Ghats is the Narasimha Parvatha Peak, which is situated in Agumbe in the Shimoga district of Karnataka and rises to a height of 3772 feet. Both Mallanduru and Kigga offer access to the peak that is a part of the Kudremukh National Park, with the former offering a longer and more challenging trek. We'll follow this route as well on our trek to Narasimha Parvatha. While the 6 km descent via Kigga can be finished in a few hours, the 12 km ascent will likely take between 6-7 hours.

The majority of the trail is covered in dense forest, with open grasslands that make it easier to appreciate the steep climb and the expansive views given the peaks' imposing height. Along with the impressive Barkana waterfalls, the trail is also identified during the monsoon season by a number of smaller streams. Throughout the trek, a variety of wildlife, including dangerous snakes and brightly coloured birds, can be seen.

From our basecamp in Mallanduru, we begin the trek along a jeep trail that is comparatively flat and simple to navigate. As the trail gradually enters denser forests marked by tall, ancient trees that allow little to no sunlight to reach the forest floor, keep an eye out for the diverse array of flora and fauna. As the forest gets denser and the inclines steeper, make your way through a labyrinth of downed trees, twisting roots, and lush greenery.

The Sita River also meanders alongside the trail's beginnings, giving rise to a number of smaller streams during monsoon season. Later on in the trail's length, the Sita River narrows and plunges down a gorge, giving rise to the impressive Barkana Waterfalls. Once there, make your way up the waterfall's slick rocks to the top for a bird's-eye view of the valley below and the chance to experience waterfalls from their point of origin.

It is breathtaking to see the roaring waterfall crashing to the ground from a height of 2200 feet, cutting through the eerie silence of the surrounding green valleys in sharp contrast. The trail becomes more difficult from this point onward with steep inclines all the way up until the end of the forest cover, so take some time to relax here and take in the scenery or a quick dip in the clear waters. As there are no more water sources until after the peak, be sure to refill your water bottles.

As the trail continues, it becomes more difficult to follow because there are no obvious trails along this section. The slippery ascent over dry leaves and leech-infested forests make the climb all the more challenging. An almost immediate transition from dense forest to open, airy meadows and rolling hills provides a welcome respite from the heat and humidity of the forests. The vast openness gives the impression that you are almost there, even though the peak is not visible until the very end.

Have your picnic lunch along the way as you ascend hill after hill through expansive grasslands to the final section of forest before returning to the plains.
On the last stretch leading to the peak, one encounters loosely stacked stone pillars spaced out from one another until they finally come together to form a broad platform of rocks at the peak. Alongside this platform, there is a small, improvised Narasimha Swamy temple. Take in the expansive views of the Kudremukh Ranges in the area, or look down and take in the effort it took to get here. There are also a number of flat rock surfaces that are perfect for a quick power nap.

We now descend in the direction of Kigga. Stop by a small hut with a water source close by to fill your bottles as you descend, just below the peak. The trail continues to descend through shola forests as it descends further. Although quick, this is a challenging route because you must navigate slick rocks and dry leaves the entire way until you arrive at the Rishya Shringa temple in Kigga.

The trail is slippery with leaves, tree roots, and rocks all along the way, making the descent difficult.
We will then be driven back to our base camp, where we can rest up after a strenuous day of hiking before enjoying a well-earned dinner around a roaring campfire.

Have a restful night's sleep as you recall the numerous sights, sounds, and sensations from a busy day in the impressive Western Ghats.

Hill-top Rise and shine: Leave your bed and go to Kundadri Hill to see the sunrise in all its splendour. A 17th Century Jain Temple that served as a haven for ancient sages is located atop the hill. On one side of the temple, the Tunga River fills the area, creating two tiny ponds that once held water for the sages. The best views of the Western Ghats can be found at sunrise from Kundadri!

In order to rejuvenate ourselves, we would also travel to secret falls. After a weekend filled with adventures and making a lot of new friends, we would arrive in Bangalore late at night, around 11:00 PM.

In the pandemic everything is unpredictable, and we are doing our best to give you the finest services. We are also abiding by guidelines laid by the government for everyone’s safety. In this, if the government issues a lockdown notice 24 hours before the departure date, we will issue a full refund. The money will be directly credited to your account.

In another scenario, if a lockdown notice is imposed on the departure date, we will secure your amount in the form of credits that you can use for further bookings. Consider it your bank for future bookings. Your money is safe with us.

For all the above choices, you can transfer your tickets to your friends. We would be more than happy to have them on board and you could save your hard-earned money.

Well, most of our treks are usually confirmed by Thursday and you would receive a BON VOYAGE mail containing details regarding Pickup Points ( Location and Timings ), Outdoor Leader ( Point of Contact ), and Do’s and Don’ts. You’ll be added to Whatsapp Group for all further updates.
Yes, the Bon Voyage mail would contain a link for Whatsapp Group through which one can join and interact with fellow travellers and outdoor leaders.
The interesting thing about travelling alone is that you get to meet new people from diverse backgrounds, and towards the end, you are no longer strangers. Hence solo travellers are always welcome to join us on our trips. Read more about solo travelling here and get inspired! https://www.plantheunplanned.com/solo-yet-accompanied/
Safety and security are our priorities at all times. Hence it is safe for women/girls to join us on our treks and travels. Our trek leaders always accompany the team, and our campsites are secured and safe for accommodation. We also have female trek leaders who attend most of our treks.
Not at all. You could keep all the extra luggage back at the campsite/homestay and carry only the necessary stuff for the trek (Raincoats, Torchlight, Waterbottle, lunchbox, and your valuable)
Well, you are in the mountains and none of our trails has a washroom facility during the trek.
Yes, we do have options for picking a traveller on board with a few locations provided they are on the route to our destination. The following are the same: - Croma Store, Sony World Signal - Trinity Circle Metro Station - Yeshwanthpur Metro Station - Goraguntepalya Metro Station
Details for availing discounts are mentioned in the following link, https://www.plantheunplanned.com/membership/
Well, if you select this option, all the travel arrangements for your entire itinerary must be managed by yourself, and Plan the Unplanned crew will not be managing anything related to your travel. We recommend you come via car for a smooth travel experience to, from, and within the destination.
We are extremely sorry, you cannot postpone to any future date in case you fail to attend the trek on the mentioned date for any reasons whatsoever (family/health/work emergencies). You can write to us at [email protected] as regards and our team will get in touch with you on the same.
No. We would not advise you to do this trek on your first trek as the trek difficulty is between Moderate-Difficult and it demands one to be physically fit for this trek.
Throughout the journey, you will be outside of the network's service region. Only BSNL and JIO network receives a signal at this place.
Yes, it is possible to leave your luggage at the homestay and carry the necessary things on your trek.
The best time to go on the journey is from October to June since the weather will be ideal for it, providing the best scenery and memories. Going now is usually better since hiking in the sweltering heat of the sun is never fun at all.
Yes, there are leeches on this trail and are mostly found near the rivers and streams.
Camping is not permitted anywhere along the trail of Narasimha Parvatha. 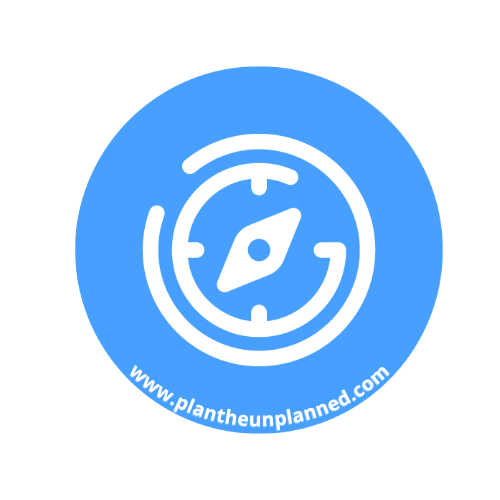